Thailand’s government will begin the ‘Phuket Sandbox’ scheme to bring the tourists back to Phuket starting 1 July. Even though coronavirus numbers are again rising around the rest of Thailand and prompting new lockdown measures, officials say there’s too much at stake not to forge ahead with the plan to reopen the island to fully-vaccinated travellers.

Somsak Betlao covered the outboard motor on his traditional wooden longtail boat with a tarp, wrapping up another day on Phuket’s Patong beach where not a single tourist needed his services shuttling them to nearby islands.

Since Thailand’s pandemic restrictions on travel were imposed in early 2020, tourism has fallen off a cliff, and nowhere has it been felt more than the resort island off the country’s southern coast, where nearly 95 percent of the economy is related to the industry.

So, despite spiking coronavirus numbers elsewhere in the country, the government is forging ahead with a program known as the “Phuket sandbox” to reopen the island to fully vaccinated visitors. It hopes it will revive tourism — a sector that accounted for 20 percent of the country’s economy before the pandemic.

Instead of the hotel quarantines required elsewhere in Thailand, tourists on Phuket will be able to roam the entire island, but not travel to other parts of the country for 14 days. Sceptics question whether people will be willing to accept multiple restrictions including repeated virus tests and mandatory tracking apps, but officials hope the allure of the island’s famous beaches — and the idea of a beach holiday following lengthy lockdowns — will be enough.

For islanders like Somsak, there is a lot riding on the tourists’ return.

Once he could count on earning more than US$ 100 a day taking them out on his boat, but this month he has taken home only US$ 40 from a single customer and has been forced to do odd jobs, pawn family belongings and fish for food to put dinner on the table for his wife and two young children.

“If it does not work we will just have to try and stay alive,” Somsak said.

Under the sandbox plan, visitors to Phuket will be subject to most of the same controls faced by those to the rest of the country, but instead of being quarantined in a carefully monitored hotel room for 14 days they’ll be restricted to Thailand’s largest island, where they can lounge on the white beaches, jet ski off the coast, and enjoy evenings eating out in restaurants.

“For people who have been closeted up in their apartments for 16 months, the idea to fly to Thailand where there’s a beach and you’re a normal guest, yes you’re being quarantined here but this is more than 500 square kilometres of quarantine and you’ve got national parks, golf courses, you can go diving — it’s really not a quarantine,” said Anthony Lark, president of the Phuket Hotels Association.

There is already some international interest, with the first flight arriving from Qatar, followed by one from Israel and then Singapore.

Still, some hotels and other businesses have decided to wait to see whether the tourists appear before they reopen, and there is scepticism in Thailand that they will.

The Bangkok Post newspaper wondered in an editorial this week headlined “Welcome to your prison vacation?” whether tourists would bother going through all the hoops for a holiday, especially after the government’s announcement that it would impose additional restrictions if more than 90 new virus cases are reported per week in Phuket.

Lark said he anticipates a lot of travellers will take a wait-and-see approach and that his expectations are “tepid.”

“The floodgates are not opening,” he said.

To visit, adult foreign visitors must provide proof of two vaccinations, a negative COVID-19 test no more than 72 hours before departure, and proof of an insurance policy that covers treatment for the virus of at least US$ 100,000, among other things. Once on the island, visitors have to follow mask and distancing regulations and take three COVID-19 tests at their own expense — about US$ 300 total — and show negative results.

They also have to come from countries considered no higher than “low” or “medium” risk — a list currently including most of Europe, the U.S. and Canada — and fly directly to Phuket, though plans are in the works to allow carefully controlled transfers through Bangkok’s airport.

After 14 days, visitors are free to travel further in Thailand without other restrictions.

In preparation, some 70 percent of the island’s approximately 450,000 residents have had at least one vaccine dose, and the hospitality industry reports that all front-line workers in restaurants, hotels and elsewhere have been fully vaccinated.

Bars and clubs remain closed, but visitors will be able to go to restaurants and take in shows — once they’re up and running again.

At the Phuket Simon Cabaret, a 600-seat venue that has been closed for more than a year, some crew returned this week to start checking lighting and other systems, while workers spruced up the dresses worn by its transgender dancers, sewing on new glitter and colourful feathers.

“We are entering into this fight wanting to win,” owner Pornthep Rouyrin said defiantly, adding that the cabaret would not open immediately and that its dancers might start with smaller shows in hotels and restaurants until larger numbers of tourists start to arrive.

The Phuket sandbox is broadly part of Prime Minister Prayuth Chan-ocha’s plan announced earlier this month to have Thailand completely reopened within 120 days.

Polls suggest about 75 percent of Thais find that too ambitious, and in recent days coronavirus numbers have been spiking in Bangkok and elsewhere, underlining concerns just as Phuket is to be opened back up.

Other Thai destinations are watching Phuket closely, with their own plans to open later in the year or sooner, but with some degree of initial hotel room quarantine. Regionally, popular tourist destinations such as Bali are also keeping an eye on the sandbox as they mull over when they might be able to welcome outside visitors.

Nationally, the hotel industry had hoped the sandbox would provide a springboard to other destinations in Thailand when early discussions involved a shorter mandatory stay, but now that it’s 14 days the industry concedes few are likely to have the vacation time to carry further on.

At the same time, there’s concern that Thai residents returning home will route through Phuket to take advantage of the more lax rules, putting further stress on the hotels in Bangkok, which have relied on the two-week mandatory quarantines for much of their income during the pandemic, said Marisa Sukosol, president of the Thai Hotel Association.

About half of Thailand’s 16,000 hotels are still closed and occupancy rates averaged only 6 percent in May, she said.

“We are on survival mode, and hanging by a thread — literally,” she said earlier this month.

Though there are restrictions and it might take time to work out the kinks of reopening, the upside is that visitors will be greeted by a Phuket not seen for decades, thanks to the lack of people over the past year, Lark said.

“I’ve even seen sea otters on the beach and I didn’t even know there were sea otters here. I’ve seen pods of dolphins, we’ve noticed an increased diversity of bird species, the coral reefs have not had boats over them — the island has never looked better,” he said. “And the room rates are about half of 2019 and you never have to make a reservation to get a restaurant seat. It is a great time to come.” 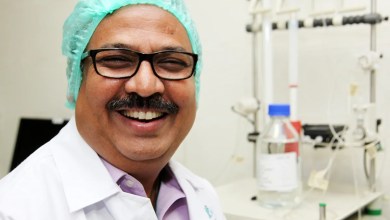 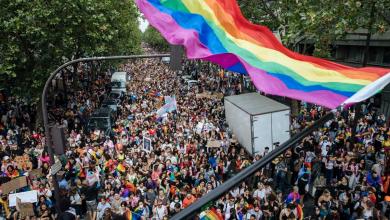 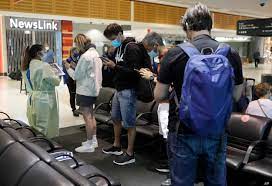 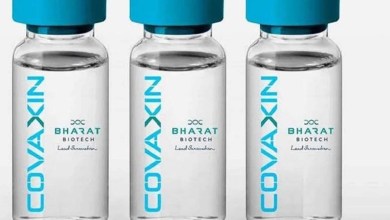