Republic Day is celebrated in India on 26th January with the utmost shamelessness with an attempt to show that India is a democratic country and according to a democratic traditions, every human being living in India and its occupied areas, are considered equal irrespective of his religion, colour or race.

But the ground realities are that the rulers of India have turned this place into a hell for people. On the basis of caste and Hindu supremacy neither Dalits, nor Christians, Sikhs and Muslims are safe in this place. They are also deprived of basic facilities. Every day humanity is being humiliated in this country and this humiliation has increased thousands of times since fascist Narendra Modi came to power. In the internationally recognized disputed state of Jammu and Kashmir, the Muslim majority is being turned into a minority by killing unarmed civilians under a conspiracy. Military force has been used indiscriminately since 1947 to silence the voice of the freedom fighters against the occupying forces and as a result more than 500,000 Kashmiri people have been martyred, millions injured, thousands disabled, thousands of widows and Millions of children have been orphaned. Attempts have been made to humiliate thousands of chaste women and this bloody and tragic game of state terrorism is still going on. As a result of this military terrorism, hundreds of towns and businesses have been ashed, as have thousands of peaceful civilians, including the elderly, young, women, and children endured a life of extreme sufferings in Indian prisons and penitentiaries. According to the recent report published by Kashmir Media Service from Jan 1989 till Dec 2021, in occupied Jammu and Kashmir 95,948 people have been killed, 164078 arrested 11,246 women gang-raped/molested, 107,857 children orphaned and 110,451 Structures Arsoned /destroyed by occupied forces. Independent media has been ruthlessly silenced and we have seen in Jan 17th 2022 Indian forces raided, occupied and then disbanded the Kashmir Press Club. The crime of press club body was that they have condemned the arrest of a journalist Sajad Gul by Indian occupied forces. Renowned Journalist Hamid Mir in his article published in The Washington Post Jan 20, 2022 says that “Gul is not the only journalist imprisoned in Kashmir. One of his colleagues, Aasif Sultan, who won an American award in 2019, was arrested after he wrote a profile of a slain separatist. He was charged for collaborating with terrorists — but the police have failed to produce any evidence against him. I’ve spoken with many journalists in Srinagar and Jammu. Many of them told me that police officials often call them, threatening them with the same arbitrary arrest endured by Sultan”

To consolidate its illegal occupation, the army has taken control over 2.83 million kanals of agricultural, horticultural, forest, and tourist destinations. Since 2019, the military has gained control of more agricultural fields and forests. Efforts to change the state’s Muslim-majority identity are well underway.

Under various pretexts, non-state residents are being resettled in the occupied Kashmir. According to reports, five million Indian citizens have been issued domicile certificates. Muslims are gradually evicted from the state management and administrative positions. At present, non-state Hindus are holding key positions in the state administration. The Muslim-majority areas of the state are being pushed towards economic stagnation. The tourism industry, handicrafts, fruit industry, valuable timber, dense forests and costly mineral deposits are being systematically damaged. While major portions of the state, particularly Muslim communities, are without electricity, at least Rs 29,000 crore worth of electricity is being transported from the state’s reservoirs outside the Kashmir. Under these circumstances, and celebrating India’s Republic Day is tantamount to insulting democracy and humanity.

How long will Indian authorities continue to make such mockery of democracy, and for how long will the world continue to watch bloodshed of Kashmiris.Kashmiris have a firm belief and faith in this statement of Hazrat Ali that the “System of disbelief (kufr) can work but the system of injustice cannot work”. The rulers of the Indian state are using every tactic of oppression and tyranny. Inshallah these tactics will lead to the end of this oppression and tyranny. If you oppress a people for too long, they will rise with even great force. On January 26, the so-called Republic Day of India, the people of the state and Kashmir’s around the world have celebrated this day as a black day and renewed their pledge that they are a living nation and will keep the struggle continue on every front. 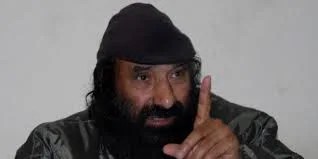 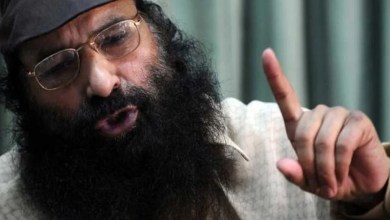 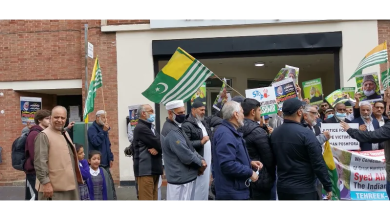